# 148 Assemblage "The course of true love never did run smooth"  48x22, weathered board, plastic, roofing, rope, sparkles, acrylic on composition board on Masonite. 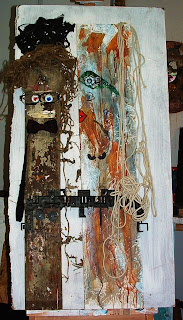 
Thinking about the spirituality of the visual. How when I make visual art, there is no need for reconciliation with science. There is no need to distort syntax, to subvert grammar to say what I'm impelled to say. No need for defiant credulity, for magical thinking.

<"Inelectable modality of the visible... thought through my eyes. Signatures of all things I am here to read, seaspawn and seawrack, the nearing tide, that rusty boot. Snotgreen, bluesilver, rust: coloured signs. Limits of the diaphane.> "

... at least that if no more" from Joyce, Proteus. Episode 3, Ulysses

I make stuff... assemblages, paintings.. is this 'art?' I don't know. Used to be artists would think there might be a future where what they did would give pleasure, would expand the visiion of future generations. But we don't have that now. There's only, 'now.' It's pretty clear the power elite are psychopathes, concerned about nothing but their own delsusional idea that THEY can survive, even as they orchestrate the destruction of the rest of us. It's a relatively new idea... making art with no concept of 'posterity.' That there will be no one left to pass this down to. If Van Gogh were working now--there would be no future generations to appreciate what he had done. There is no comparable fantasy for working artists in this, one of our last generations. You just do it anyway... cause you have to. Like Camus' doctor in The Plague. You go about your business --though you know there is no hope. You cannot save the victims of the plague. And we are all victims of this plague. 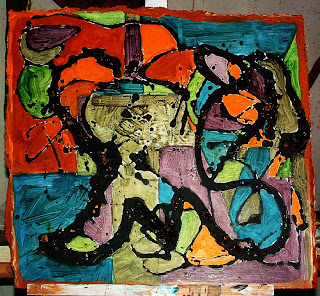 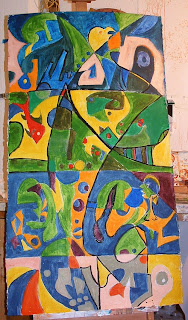 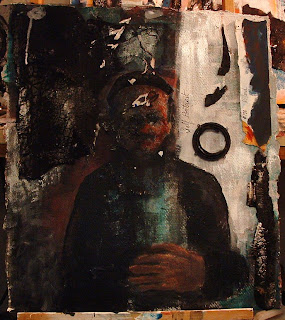 You Tube of Press Confeence


PHILADELPHIA--Twelve protestors arrested in November 2011 for occupying a Center City Wells Fargo branch have been found not guilty by a Philadelphia jury. Defendants claimed they were staging a “Citizens’ Foreclosure” on the bank for engaging in discriminatory lending and sapping millions of dollars from the School District of Philadelphia. After viewing video of the protest and hearing defendants’ testimony, a jury found all 12 defendants not guilty on charges of conspiracy and trespassing.

“This verdict shows that the people of this country stand on the side of justice and not the reckless profit-driven motives of big banks,” said defendant and Occupy Sandy organizer Larry Swetman. “I hope this decision will give the United States government the courage to start taking these banks—the real criminals—to trial and to hold them accountable to the people, instead of letting them hide behind back-room settlements.”

One of the only Occupy-related trials in the country to be argued before a jury, today also marked the first civil disobedience Free Speech case in recent Philadelphia memory.

“Today the people of Philadelphia defended the First Amendment,” said Defense Attorney Marni Snyder, one of seven lawyers who volunteered to represent the protestors pro-bono.  “We sent a clear message to the District Attorney’s Office: prosecute the real criminals at Wells Fargo; these twelve defendants stand on the side of justice.”


Defendants included a non-profit housing counselor, a Wells Fargo mortgage holder, a local teacher, an activist who participated in Civil Rights Era struggles, and Temple and Penn graduate students. During testimony, they pointed to the Pennsylvania Human Relations Commission’s report on Wells Fargo’s prejudicial lending practices and investigations by the Pennsylvania State Auditor General’s Office to draw connections between Wells Fargo’s profiteering and the defunding of our communities and school district.

“I’m excited the jury chose to stand with us and ask the real questions about Wells Fargo and our city,” said defendant and future public school teacher Aaron Troisi, “Questions like, can we really afford to let Wells Fargo to continue robbing from our children and stay silent? Wells Fargo and other banks are partly responsible for the situation our schools are in now. The banks have stolen hundreds of millions of dollars from our schools and city.” 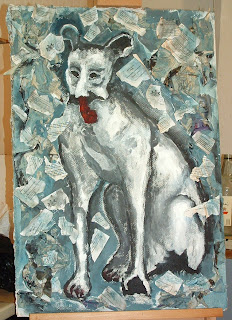